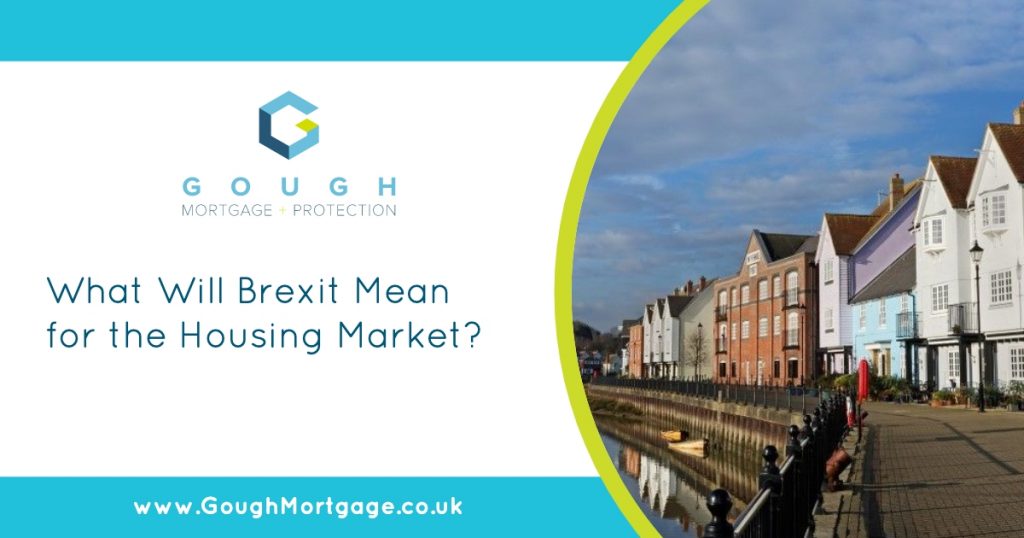 Regardless of your views on the EU and your vote in 2016’s referendum, the uncertainty created by Brexit is undeniable. And in the three, almost four years since the vote, we’ve apparently not made much more progress in mapping out our future. The lack of clarity leaves a lot of questions unanswered, but if there’s one that stands out in the crowd, it’s what does all this mean for the UK’s housing market?

The economic uncertainty caused by Brexit, and the subsequent lack of direction for the UK as a whole has without a doubt already affected the UK housing market. The question is, by how much?

What we can say for certain is that the rate of growth within the UK’s house market has plummeted since Brexit’s referendum results were announced. Figures from the UK House Price Index show us that the average rate by which UK homes are increasing in value has decreased by 8% since June 2016. To compare, in the four years leading up to the referendum from June 2012 to June 2016, the UK’s homes were enjoying a steady climb in value – a total increase of 7%. In other words, the UK housing market looks somewhat stagnant when compared to rates before 2016. From these figures, it seems clear that Brexit has already made an impact.

Are homes increasing or decreasing in value?

Despite the rate of growth plummeting from 8% year-on-year, now floating around the 1% mark, homes in the UK are still increasing in value. But considering the results of 2016’s Brexit referendum haven’t yet been implemented, it’s not clear whether Brexit will start to impact house prices, and to what degree.

However, amongst the uncertainty some common ground can be found. In July this year, the government’s Office for Budget Responsibility claimed a “no-deal Brexit” could lead to house prices falling by almost 10% by mid-2021. And last September, Bank of England governor Mark Carney predicted that a worst-case no-deal Brexit scenario trigger a 35% drop in house prices. Although no one can agree on how much Brexit will impact the UK’s housing market, it seems experts are in agreement that the value of your home could decrease significantly in the event of no deal.

For now, prices look steady. But as with all things, time will tell. One thing’s for sure, if you’re looking to get on to the property ladder, you should be well read and seek advice.

What does Brexit mean for mortgage rates?

Current mortgage rates are the some of the lowest we’ve ever been. But thanks to Brexit, it’s not certain whether rates will continue their steady fall or begin to rise, making decisions even tougher for those weighing up whether to move house or remortgage; and when to do it.

Which? Magazine’s resident mortgage expert, David Blake says, “Mortgage rates are incredibly low right now and many will want to fix into a low rate to give themselves security as we move into a period of uncertainty. But don’t just jump into a fixed rate without considering the alternatives – there are plenty of flexible products that would leave your options to re-mortgage open if rates did start to change.” In short, how you go about handling your mortgage really depends on your own unique circumstances.

Are fewer people buying houses since the results of the referendum?

We’ve learnt that the rate of growth for house prices has fallen 8% since the results of the referendum. But, as confirmed by Which? magazine, we can also tell you that fewer sales have taken place in 2019 than compared to the same time in 2018. But here’s the catch. Are house prices falling because of Brexit or because buyers aren’t buying? And if people aren’t buying homes, for what reasons? With so many factors at play, it’s hard to say for certain. But for now, prospective buyers seem reluctant to part with their cash.

Housing markets are complicated, and it’s important to remember that correlation doesn’t necessarily equal causation. For example, it’s fairly common for house prices to fluctuate from quarter to quarter, so it can’t be said for certain whether Brexit is entirely to blame for peaks and troughs. Either way, it’s good to keep an eye out.

As more time passes, new information will help us make more sense of the data we’re given. That said, we can only recommend you do some reading, or talk to the experts, so you’re well equipped to make the best decision for you when the time comes.

Posted in Uncategorised and tagged Brexit, housing, market
← What Is A Whole Of Market Mortgage Broker?Gough Mortgage + Protection – Is a 25-Year Mortgage the Best Option (Or Do You Need Longer?) →