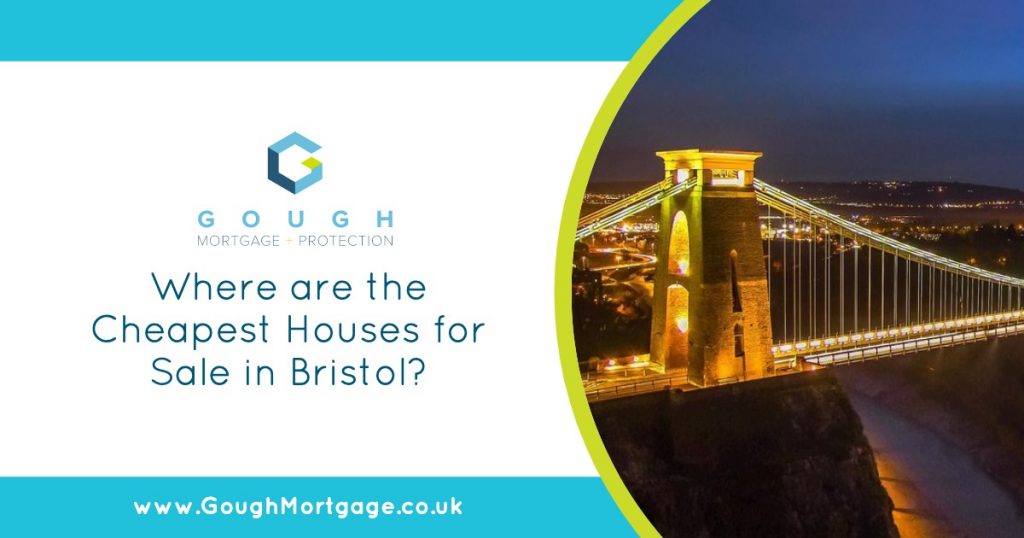 Anyone who has looked for a house to buy in Bristol will know that it’s an area known for high property prices.

But that was a 12-bedroom property called Tellisford House; not exactly your average first time buy.

Despite this, there is evidence to suggest that first time buyers are being priced out of the housing market in Bristol. Between January 1995 and November 2019, the average price of a semi-detached house increased by an astonishing 445%.

The lowest increase during that time related to flat purchases, but even properties of that kind have seen their value increase by 384%.

Does that mean it’s the end of the line for first time buyers in Bristol? Thankfully not. As it turns out, there are several areas in this beautiful city in which you can find some real bargains.

Here are five of the best.

1. Knowle West – the cheapest by far

In 2019, Knowle West was the area in which Bristol’s cheapest house was sold.

This was thanks to a nice little semi-detached house that went for just £54,750 in January of that year. Previously sold in February 2010, the home gained around £11,000 in value over a ten-year period.

If you’re in the market for a flat, it might be worth looking in St George.

Sticking with the much sought-after first-time buyer purchase of a flat, Hengrove has seen plenty of action over the last few years, and the prices take some beating.

There were two examples of very affordable flat sales last year, with one being sold for £77,000 in April and another for a first-time buyer-friendly sum of £62,500.

Although the market value of properties like this hasn’t changed much in recent years in Hengrove, they’re well appointed, modern and highly desirable for anyone looking to take their first step onto the property ladder.

It’s not often you find a home that has dropped considerably in value since the start of the century, but that’s exactly what happened for a buyer last year in Bishopston.

St Philip’s is actually the tenth least expensive place in which to buy in Bristol, but you wouldn’t think so.

This is an area that also benefits from some stunningly well-priced homes – most of which are flats. Take Wade Court, for instance, where a flat sold for a measly £77,000 in July 2019. Just like the other properties on this list, that’s comfortably first-time buyer budget territory, and it’s fair to assume it didn’t remain on the open market for long.

Need a higher level of borrowing?

As you can see, there are plenty of options in Bristol if you can’t quite stretch to the £3m+ asking prices in Clifton Down.

If you’re a first-time buyer, you may also be able to borrow more than you expect. So, why not lean on our expertise and speak to the Gough Mortgages team to see if we can help make your dream Bristol home become a reality?

Posted in Mortgage and tagged bristol, buy, cheapest, house, sale
← What to do When You Become an Accidental LandlordCoronavirus and Your Mortgage Options – What Do You Do Now? →